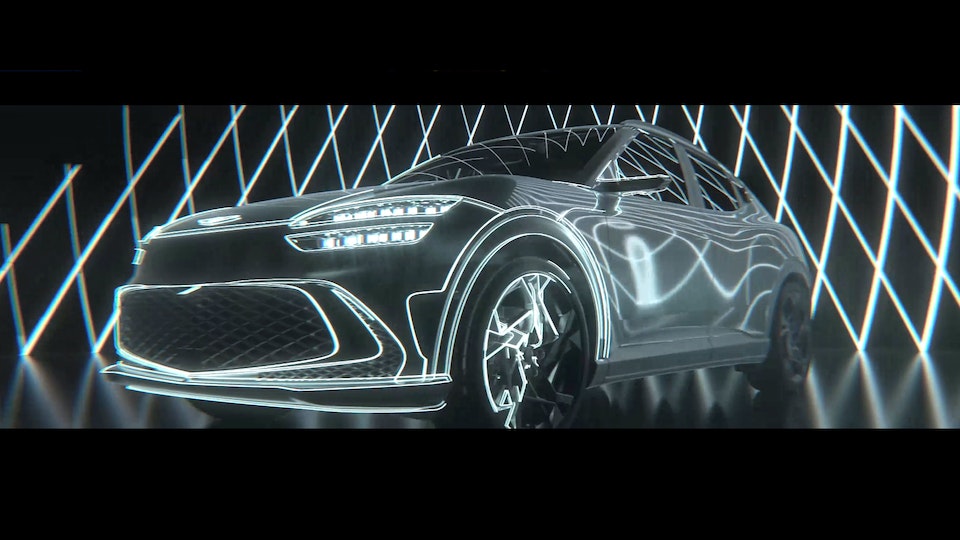 Working with Korean based visual studio Image Bakery, I created the soundtrack for this large scale, super wide screen film for the GV 60 - the first all electric vehicle from luxury car manufacturer Genesis.

Using a combination of analogue & digital synths, processed sound and dubbed out mixing techniques, the soundtrack was composed closely to picture - letting the music and sound design evolve at the same time : a technique which creates an organic feel and strong audio / visual connection.

Created for the 2022 launch, the film is being shown at Genesis flagship stores worldwide.