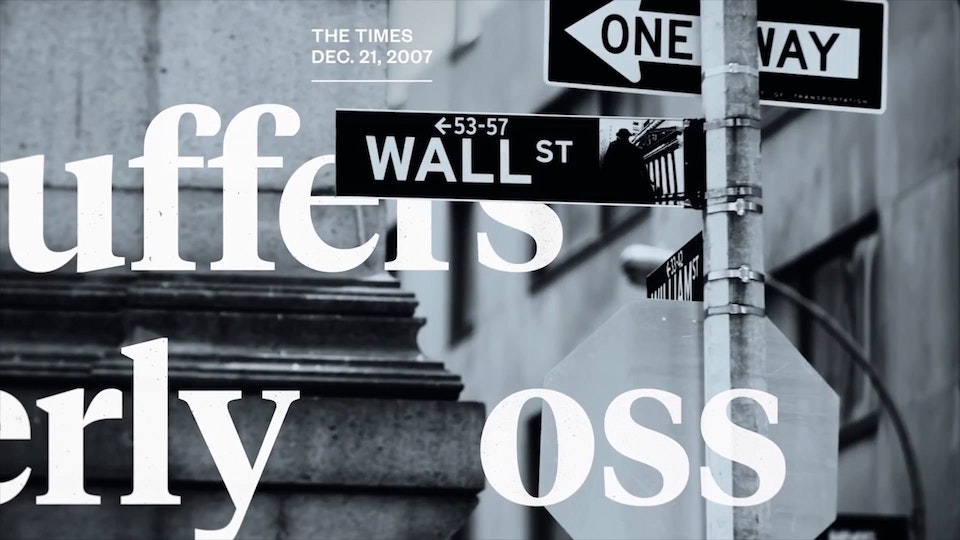 Sound design for the opening titles of this Emmy award winning film from HBO and VICE.

The feature-length documentary looks at factors that led to the 2008 financial crisis and the efforts made by the Treasury and Federal Reserve to save the United States from economic collapse.